Please select the type of assistance you require

There are orders pending your approval.

Product may not be an exact match for your search

You previously purchased this product. View in Order History 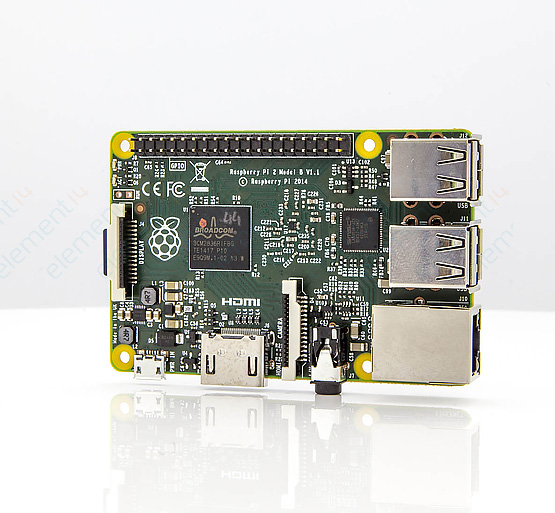 Image is for illustrative purposes only. Please refer to product description.

See all from this product range

Want to see similar products? Simply select your required attributes below and hit the button ×

The RPI2-MODB-8GB-NOOBS is a Raspberry Pi2 Module B and a 8GB Micro SD Card preloaded with NOOBS software. The Raspberry The Pi 2 model B is the second generation Raspberry Pi. Raspberry Pi2 model B board is a credit card sized single board computer that plugs into your TV and keyboard. This is a little PC which can be used for many of the things that desktop PC does. The design is based on Broadcom BCM2836 system on chip with 900MHz ARM Cortex-A7 quad core processor, Dual Core VideoCore IV Multimedia coprocessor and 1GB RAM. This board is powered from 5V adapter with micro USB connectivity and runs on operating systems such as Raspbian, RaspBMC, Arch Linux, RISC OS, OpenELEC, Pidora and Microsoft Windows10. NOOBS software act as a handy tool to edit the config. txt configuration file for the currently installed operating system.

This item has been restricted for purchase by your company's administrator.

Enter Your Part No/Line Note
Add your own part number/reference to each product. This number will be added to the Order Confirmation, Invoice, Dispatch note, Web confirmation Email and Product Label
Lines note are comments you can add to each line of your order. Your line note will appear next to that product in your Order Confirmation, Invoice and Dispatch note. Your line note will last for the lifetime of the order only.
Add to Favourites

Country in which last significant manufacturing process was carried out

Download and save a certificate for this product, complete with your unique customer details.

Select from either a PDF or printable HTML format.